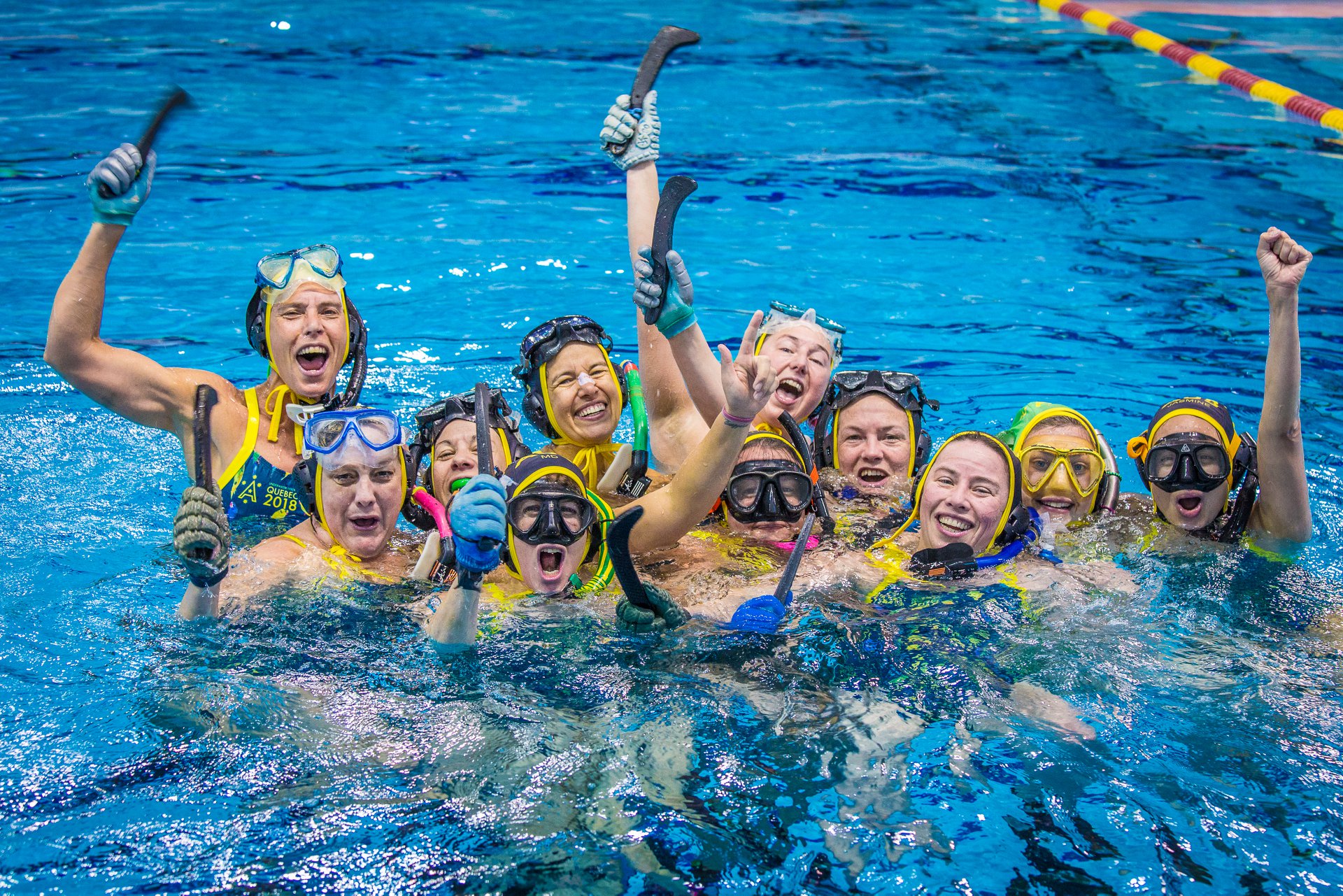 The event, which ran from July 19 to 29, saw more than 600 players and officials from 16 Underwater Hockey playing nations converge on the beautiful French Canadian city for two-weeks of high intensity competition.

The best performed of the four Australian teams contesting the tournament was the Masters Women, which also had strong representation from Victorian based players – Kirsteen Reid (playing coach), Amy Barry-Macaulay (captain), Steph Goodrick, Lucy Perdomo and Meegan Kepert return to Australia, silver medal in hand, after playing France in the World Championship game.

Following solid performances through the round robin the team entered the knock-out stages as the third seed and proceeded to enjoy a charmed run into the championship game, a 6-0 win over Argentina in the quarterfinal was followed by a gritty 2-1 win over Colombia in the semifinal. The Australian women started the World Championship game strongly, attested by the 1-1 halftime scoreline. With the game well and truly in the balance, the early stages of the second half was hotly contested but as players began to tire, the French team’s fitness began to tell. A number of quick goals to the French put the result beyond doubt. The 6-1 final scoreline was bolstered by a number of late goals to the French.

The other three Australian teams did not fare quite as well. The Elite Women (with representation from the Victorian based Belinda Watts, Katelyn Tenbensel, Phoebe Stewart and coach Eden Brown) and the Men’s Masters teams (featuring Victorian representation from captain-coach Rees Quilford, Hamish Ride and Juan Manuel Castaño Cardenas) both finished the competition in 6th place.

Following a nail-bitingly close loss to Turkey in the quarterfinal, the Australian Elite Men went on to finish the competition in 7th place.

Victorian’s also featured prominently in the tournament’s opening formalities with Rees Quilford and Kirsteen Reid both selected as the Australian team’s flag bearers at the opening ceremony.

The next CMAS Underwater Hockey World Championships for the Elite and Masters divisions will likely be held in Australia in 2020.

There are no upcoming events at this time.