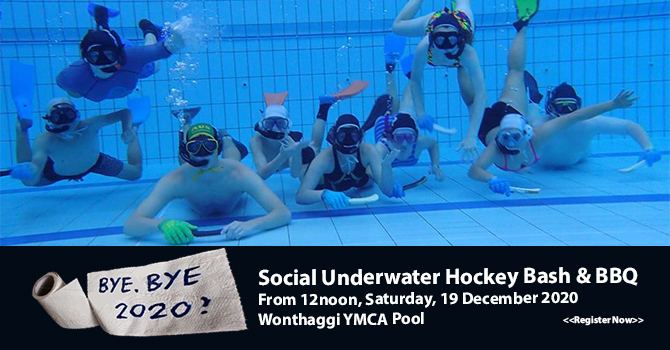 Get back in the pool this summer! Join us for the Victorian Underwater Hockey 2020/21 Summer Series.

The schedule is as follows:

All sessions will be free. Players must be registered VUHC and AUF members.

The Victorian Underwater Hockey Summer Series was made possible by the generous support of VicHealth.

There are no upcoming events at this time.